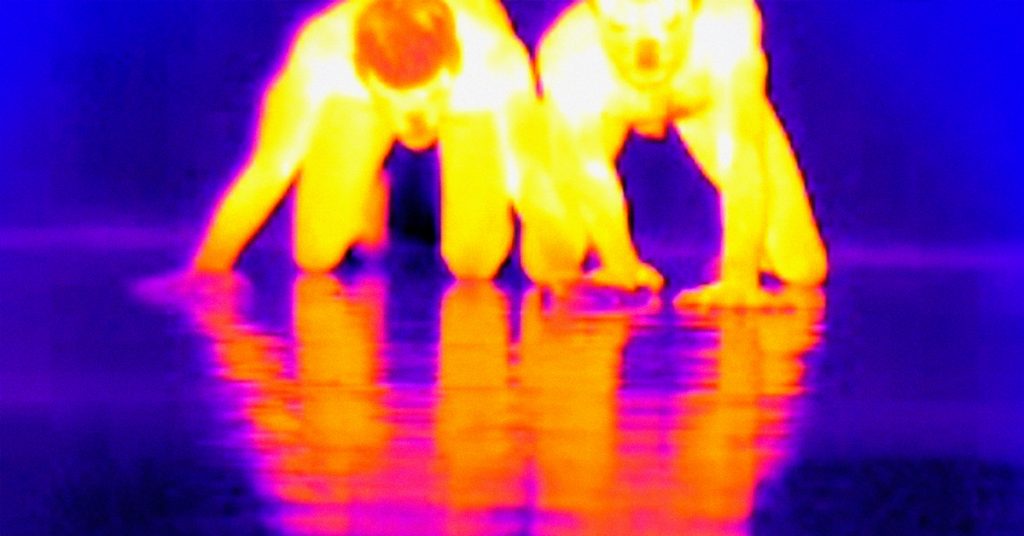 Dark Field Analysis calls upon the intensity of being alive by placing us humans in relation to other forms of life. In the performance, organic blends with synthetic, human with animal and material with ethereal. A long conversation unfolds between two naked men on a carpet; the topic of blood running as a red thread throughout the performance. Dark Field Analysis draws its name from a branch of alternative medicine that uses dark field microscopy to diagnose systemic bodily conditions originating in the blood. But the conversation between the two men encompasses more than medical facts. Here, blood serves as an analogy for looking inwards and outwards: into and beyond our selves.

Created with and performed by: Juan Pablo Cámara and Roger Sala Reyner

Songs: Based on the tracks ”The Slow Drug” and ”Horses in my Dreams” by PJ Harvey

Funded by: Swedish Arts Council, City of Stockholm and the NATIONALES PERFORMANCE NETZ (NPN) Co-production Fund for Dance, which is funded by the Federal Government Commissioner for Culture and the Media on the basis of a decision by the German Bundestag

“This time, Jefta van Dinther has designed a trance-world, in which time, space and body come to an end – utopian and archaic, a world of mysteries and transformation.” – Kulturradio

Jefta van Dinther is a choreographer and dancer working between Stockholm and Berlin. His work is characterized by a rigorous physical approach and always implies a staged research of movement itself. The moving body is centerfold in his work but belongs to and interacts with a body of light, sound and materials that constitute an environment of perception and sensation. The dancers work and dance their way through various environments: their processes exhibited live on stage become performances. Jefta’s works deal with notions of illusion, the visible and the invisible, synesthesia, darkness, labour, the uncanny, affect, voice and image. They often play with formats of presentation, and range from traditional dispositifs to installation like settings as well as from smaller intimate performances to large scale productions. His work includes the performances Dark Field Analysis (2017), Protagonist (2016) for

Jefta van Dinther has also created the choreography for and dances in the music video Monument (2015) by Robyn & Röyksopp and has also organised and curated the festival LIAISON (2015) in Stockholm.

In 2012 van Dinther was awarded with the Birgit Cullberg Grant from the Swedish Arts Grants Committee. Van Dinther received the Swedish Theatercritic’s Danceprize 2013 for Plateau Effect, which was also selected for the Swedish Biennial of Performing Arts 2015. GRIND was awarded the Säde prize in Finland for best lighting design and received three prizes during Favoriten Festival in Dortmund, 2012. Van Dinther graduated from the Amsterdam School of the Arts (MTD) in 2003 and was thereafter engaged as a dancer and worked with several choreographers such as Mette Ingvartsen, Frederic Gies, Kristine Slettevold, Keren Levi, Ivana Muller, Leine&Roebana and Xavier le Roy. Van Dinther teaches choreography at various international centers and educational programs. He was appointed Senior Lecturer and Artistic Director at the MA program in Choreography at DOCH (University of Dance and Circus in Stockholm) between 2012-2014.