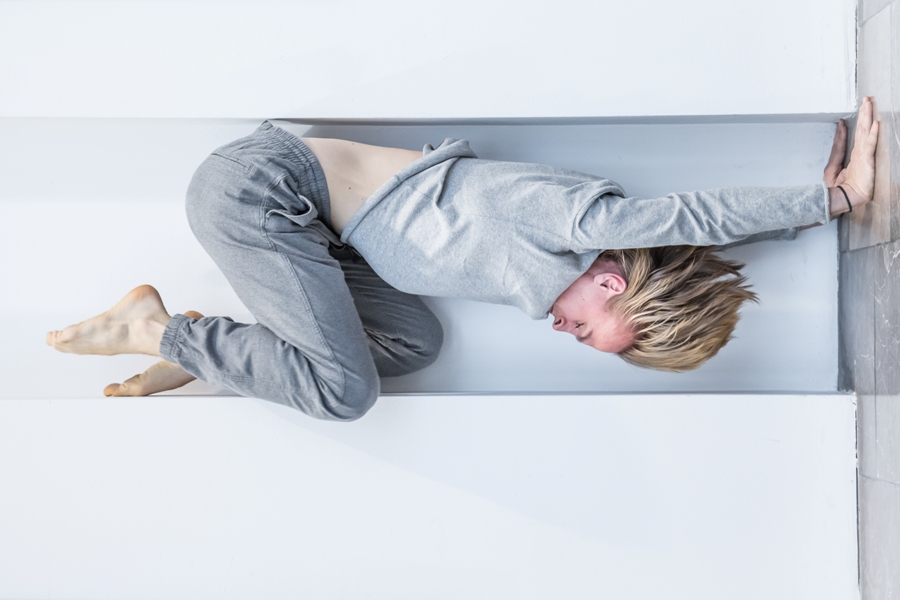 After four editions, which showed the importance of the creative process stimulation and support for not only the circulation of dance performances, but in invigorating the artists themselves on the path of creation and stage production, we present you another edition of BalletOFFFestival – still the festival of residencies, but gaining strong international and wider dimension. It is possible thanks to additional financial support from the Municipality of Krakow and from the Ministry of Culture and National Heritage within the “Theater and Dance” program.

The leading theme for BalletOFFFestival 2018 is TRANSFORMATION. It becomes an inspiration for residents who create in the Nowa Huta Cultural Center, but also the key to the selection of guest performances presented as part of this year’s program.

Transformation is inscribed in time, in history, in nature. In the world of dynamically developing technologies, we are involuntarily subjected to constant transformations, we change, adapt and evolve. In the spectacles chosen by us, mainly the body is a subject of transformation, and thus its movement and attributes: femininity, masculinity. Also, what defines us is a subject to transform, what is human in us. We are changing under the influence of pop culture, galloping and penetrating involuntarily our life, the mad development of technology, digitization and mediatization. The increasing transfer of human activity to the virtual world generates new aesthetics and formulates a new (meta) physics of the body. In the face of new forms of virtual reality, questions arise: is there a primary instinct or need for herding rituals still in the man who is at the top of the animal kingdom? What is the sense of community for us now and how do we build our collective identity? Are we guided by the need for group unity or are we building our individual unity, focusing on the cohesion of our own soma? How do we define ourselves in relation to the world that seems to be closed in the Internet network? Are we as people still present in this superficially perfect or completely virtual world? And if so, is there a room for soul in it?

During the festival we will see the premieres of residents who will work in Nowa Huta Cultural Centre in September 2018. Two groups selected by the organizer in competition will receive support from the Krakow Choreographic Centre in the implementation and production of a spectacle in the field of widely understood contemporary dance on the organizational, infrastructure, promotional, substantive as well as financial way. Brian Michaels will be the caretaker of the residents, supervising the composition and dramaturgy of the works, just like last year.

The second part of the KCC residency program with its finale under BalletOFFFestival will be the presentation of two productions within the program Choreographic Commissions 2018 of the Institute of Music and Dance. With the financial and organizational support of the Nowa Huta Cultural Center in October, guest choreographies of Iwona Olszowska, Ferenc Feher and Quan Bui Ngoc will be created.

The last but most-dominant accent in the collection of this year’s residences is the iCoDaCo project – an international venture that is co-financed under the two-year Creative Europe program. The aim of the project was to gather an intercultural group of choreographers who, traveling through partner countries and residing in them, create a spectacle on the principle of a fully collective and democratic work: without an artistic leader. The process of work on the performance involves the dancers, the local community, professionals and amateurs, and invites them to actively participate, observe and comment. Partners in the project are artists and producers from Sweden, Hungary, Wales, Hong Kong and Poland. The Krakow Choreographic Centre – Nowa Huta Cultural Centre as a Polish producer is to be the last place to finish the production of residencies, and thus the premiere place at BalletOFFFestival 2018. The theme of Transformation will cover not only the above performance, but also workshops with dancers-educators from partner countries, open classes preceding the festival and open rehearsals during the work on the performance, press conference and discussion panels.

The rich residency program will be accompanied in this edition with an equally interesting set of guest performances. The NHCC stage will present companies and choreographers from the world leaders like Jefta van Dinther, DansMakers and Fernando Belfiore. Petr Tejnorova and Jaro Vinarsky with production “You Are Here” will come to us from the southern border. In turn, Poland will be represented by Magda Jędra with the spectacle “Kingdom”.

During this year’s festival, there will also be workshops in the program. This time, we propose four intense days, divided into two cycles, in which there will be technique, physicality and rich aesthetic changes, but also work on the creation and awareness of the dancer in the stage movement.

The bracket combining festival performances with the space of the Nowa Huta Cultural Center will be the original exhibition of photographs by Katarzyna Machniewicz. The exhibition will recall the memories of previous editions, allow for reflection on the productions created in the NHCC, emphasizing their importance and dimension, and will leave the dance track after the festival for a long time.

BalletOFFFestival is a new formula created by Krakow Choreographic Centre as a continuation of the Krakow BaletOFF Meetings organized from 1991 in Nowa Huta Cultural Centre that have promoted the art of dance in Krakow. First edition of the BalletOFFFestival was held in 2014.

BalletOFFFestival is a residential festival of contemporary dance which stimulates the creative and artistic process. The culmination of the festival is the presentation of the created performances in the form of an evening premiere.

Krakow Choreographic Centre through the BalletOFFFestival creates conditions for confrontation of thoughts, for work in the studio, offers support in the performance production and its premiere showing as well as its promotion.

Every year during the festival we present the performances of Polish and foreign artists. Additionally, as the mission of KCC is strongly bound to education, we offers contemporary dance workshops with guest pedagogues.

The Krakow Choreographic Centre employees are responsible for the shape of the festival’s program. In 2018 we invited Katarzyna Bester to co-curate the performances program with us.